It was my first time going to a performance like this since I moved, I enjoyed attending Slow Burn Theatre Company’s production of Matilda at the Broward Center for the Performing Arts. I love all types of live shows. My husband and I actually met after he came to see me in a performance of The Vagina Monologues in 2009. He was in town to visit a friend. His friend happened to be dating my college friend, who had plans to see my show. She told them both that they needed to accompany her first, and then they could go out after. After the show, I came out to say hello and met, for the first time, my now husband of almost eleven years. He did not want to come along with us this past weekend because theatre is not his “thing.” I debated whether or not my two kids, ages seven and five, would be able to sit through an entire performance. Just the day before, they sat through the Sonic 2 movie, so I knew they could at the very least sit for that length of time. We all put on some semi-nice clothes even though there is no dress code and headed into Fort Lauderdale. 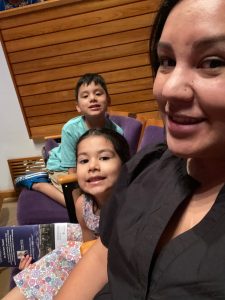 The three of us had such a good time. The story of Matilda resonated with us all, as we are a book-loving home. I loved watching children and adults on stage singing, dancing, and having a great time. I was so happy for Matilda (played by Saheli Kahn) in the end when she was taken in by Ms. Honey (played by Lillie Thomas). I even found myself nodding along with Ms. Trunchbull (played by Bryan Austerman) when they ranted about how stinky and gross kids are because sometimes they are! 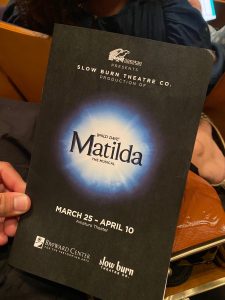 The performances at the Broward Center for the Performing Arts are truly an unforgettable experience. My kids did great, and I’m so glad that we could attend. Moms are coming back out into the world again after COVID and having an amazing time it feels so good to be back out in the community again!  I’ve already started browsing upcoming shows, and some good ones are coming up! So, be brave and bring your kids to places they’ve never been; it plays a significant role in expanding their mindset and awareness within our society. I believe that kids don’t learn through just reading a book; they know most through experiences. 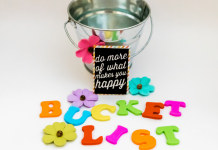 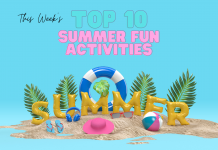 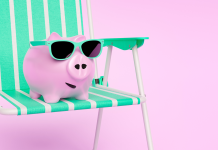