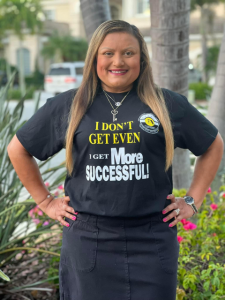 I genuinely believe it doesn’t matter what you go through in life. It all happens for a reason, and know that you can do anything you put your heart and mind to. In 2019, it was the most challenging year of my life. In February, I found out that I had my first miscarriage; three weeks later, I went to do the HCG levels, it was 4100. Shocked to my surprise, I was still pregnant. A few months later, on July 4, 2019, my company went through a terrible explosion because a pizza shop left the gas on. They rushed me to do another ultrasound, and with great sadness, they found that I was carrying another baby that was found behind my uterus dead, so I had twin boys.

Three days later, I had a heart attack due to massive stress that led me to be in the hospital for a week. I wasn’t giving up, letting anything bring me down; I stayed positive. In August, I found out I was pregnant and miscarried the third child in September. I was devastated. In these moments of despair, I continued to ask God why, why me? But I still had to do what I had to do. I had to be a mother, wife, daughter, and business owner. No one knew What I was going through except my parents, husband, and a few friends. In October, my son’s best friend’s mother told me that she would not make me make her feel guilty for my three miscarriages, my company exploding, or my heart attack. I was friends with six of these women, and only one ever stuck up for me. They left my kid out of a sport, Which all of the kids were playing for the past two years together. I was very hurt by these actions, especially when my child was innocent. 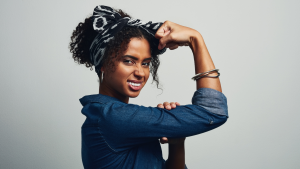 I found out one mom was very jealous of me, and she said another mom didn’t like me because I threw “over the top parties.” So I decided to take lemons and make lemonade. I started a campaign “I don’t get even if I get more successful” campaign. I made over five thousand T-shirts and have given them out all over. I wanted women to know that they should not be ashamed of their success. There will always be people jealous of you, but it’s how you react to it. It doesn’t matter who is jealous or trying to make negative and condescending statements about them to keep pushing and never get even more successful. In 2019 I learned so much about myself, and I wouldn’t change anything.

I became a Contributor for Broward Mom Collective because they have a #nojudgement and #nosugarcoating network in which all #therealmomsofbroward can have a safe space to just be themselves. I enjoy being a part of this community that allows me to give back to other moms and share ways that I can help them too! 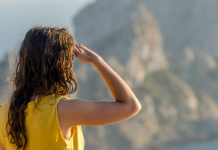 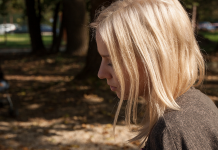 Mama I See You 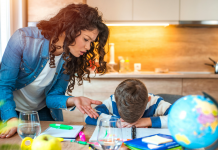 Rafeea Roche - June 25, 2022 0
What we love about this list is that it can be for anyone with kids. You can simply pick one activity with your kid(s)and...